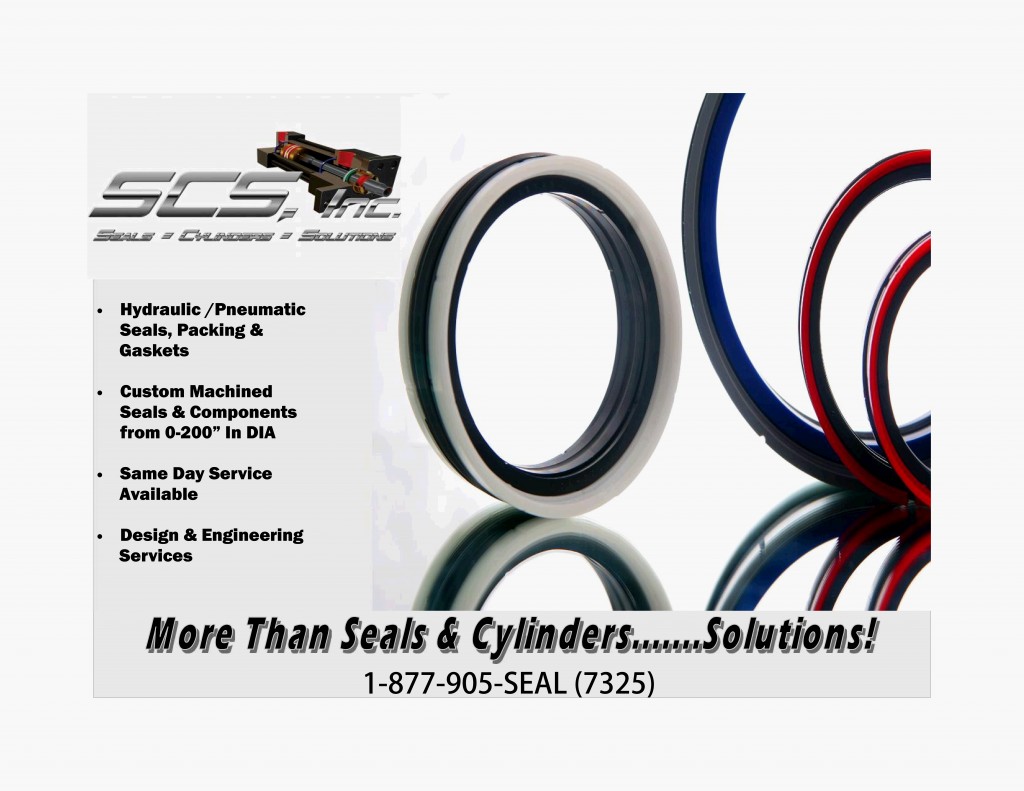 Ever careful with its stewardship of the cash-generating 777 program, Boeing is planning a series of upgrades to ensure the aircraft remains competitive in the long-range market well after the 777X derivative enters service.

The plan, initially revealed in January, will be laid out in detail by Boeing for the first time on March 9 at the International Society of Transport Air Trading meeting in Arizona. Aimed at providing the equivalent of 2% fuel-burn savings in baseline performance, the rolling upgrade effort will also include a series of optional product improvements to increase capacity by up to 14 seats that will push the total potential fuel-burn savings on a per-seat basis to as much as 5% over the current 777-300ER by late 2016.

At least 0.5% of the overall specific fuel-burn savings will be gained from an improvement package to the aircraft’s GE90-115B engine, the first elements of which General Electric will test later this year. However the bulk of the savings will come from a broad swath of changes to reduce aerodynamic drag and structural weight. Additional optional improvements to the cabin will also provide operators with more seating capacity and upgraded features that would offer various levels of extra savings on a per-seat basis, depending on specific configurations and layouts.

“We are making improvements to the fuel-burn performance and the payload/range and, at same time, adding features and functionality to allow the airlines to continue to keep the aircraft fresh in their fleets,” says 777 Chief Project Engineer and Vice President Larry Schneider. The upgrades, many of which will be retrofittable, come as Boeing continues to pursue new sales of the current-generation twin to help maintain the 8.3-per-month production rate until the transition to the 777X at the end of the decade. Robert Stallard, an analyst at RBS Europe, notes that Boeing has a firm backlog of 273 777-300s and 777Fs, which equates to around 2.7 years of current production. “We calculate that Boeing needs to get 272 new orders for the 777 to bridge the current gap and then transition production phase on the 777X,” he says.

The upgrades will also boost existing fleets, Boeing says. “Our 777s are operated by the world’s premier airlines and now we are seeing the Chinese carriers moving from 747 fleets to big twins,” says Schneider. “There are huge 777 fleets in Europe and the Middle East, as well as the U.S., so enabling

[operators] to be able to keep those up to date and competitive in the market—even though some of them are 15 years old—is a big element of this.”

Initial parts of the upgrade are already being introduced and, in the tradition of the continuous improvements made to the family since it entered service, will be rolled into the aircraft between now and the third quarter of 2016. “There is not a single block point in 2016 where one aircraft will have everything on it. It is going to be a continuous spin-out of those capabilities,” Schneider says. Fuel-burn improvements to both the 777-200LR and -300ER were introduced early in the service life of both derivatives, and the family has also received several upgrades to the interior, avionics and maintenance features over the last decade.

The overall structural weight of the 777-300ER will be reduced by 1,200 lb. “When the -300ER started service in 2004 it was 1,800 lb. heavier, so we have seen a nice healthy improvement in weight,” he adds. The reductions have been derived from production-line improvements being introduced as part of the move to the automated drilling and riveting process for the fuselage, which Boeing expects will cut assembly flow time by almost half. The manufacturer is adopting the fuselage automated upright build (FAUB) process as part of moves to streamline production ahead of the start of assembly of the first 777-9X in 2017.

One significant assembly change is a redesign of the fuselage crown, which follows the simplified approach taken with the 787. “All the systems go through the crown, which historically is designed around a fore and aft lattice system that is quite heavy. This was designed with capability for growth, but that was not needed from a systems standpoint. So we are going to a system of tie rods and composite integration panels, like the 787. The combination has taken out hundreds of pounds and is a significant improvement for workers on the line who install it as an integrated assembly,” Schneider says. Other reductions will come from a shift to a lower weight, less dense form of cabin insulation and adoption of a lower density hydraulic fluid.

Aerodynamic upgrades include a redesign of the 777’s inboard flap fairing and slat trailing edge as well as deletion of the tailskid. Credit: Tony Osborne/AW&ST

Boeing has also decided to remove the tail skid from the 777-300ER as a weight and drag reduction improvement after developing new flight control software to protect the tail during abused takeoffs and landings. “We redesigned the flight control system to enable pilots to fly like normal and give them full elevator authority, so they can control the tail down to the ground without touching it. The system precludes the aircraft from contacting the tail,” Schneider says. Although Boeing originally developed the baseline electronic tail skid feature to prevent this from occurring on the -300ER, the “old system allowed contact, and to be able to handle those loads we had a lot of structure in the airplane to transfer them through the tailskid up through the aft body into the fuselage,” he adds. “So there are hundreds of pounds in the structure, and to be able to take all that out with the enhanced tail strike-protection system is a nice improvement.”

The change was implemented on the line in November and will be offered as a retrofit through a service bulletin. “With a retrofit, you can’t save so much weight because the structure is already in the fuselage, but the drag and maintenance savings is still a nice benefit,” says Schneider. “It is also one of things customers are most interested in retrofitting off the aircraft.”

Boeing is also reducing the drag of the 777 by making a series of aerodynamic changes to the wing based on design work conducted for the 787 and, perhaps surprisingly, the long-canceled McDonnell Douglas MD-12. The most visible change, which sharp-eyed observers will also be able to spot from below the aircraft, is a 787-inspired inboard flap fairing redesign.

“We are using some of the technology we developed on the 787 to use the fairing to influence the pressure distribution on the lower wing. In the old days, aerodynamicists were thrilled if you could put a fairing on an airplane for just the penalty of the skin friction drag. On the 787, we spent a lot of time working on the contribution of the flap fairing shape and camber to control the pressures on the lower wing surface.”

Although Schneider admits that the process was a little easier with the 787’s all-new wing, Boeing “went back and took a look at the 777 and we found a nice healthy improvement,” he says. The resulting fairing will be longer and wider, and although the larger wetted area will increase skin friction, the overall benefits associated with the optimized lift distribution over the whole wing will more than compensate. “It’s a little counterintuitive,” says Schneider, adding that wind-tunnel test results of the new shape showed close correlation with benefits predicted by computational fluid dynamics (CFD) analysis using the latest boundary layer capabilities and Navier-Stokes codes.

Having altered the pressure distribution along the underside of the wing, Boeing is matching the change on the upper surface by reaching back to technology developed for the MD-12 in the 1990s. The aircraft’s outboard raked wingtip, a feature added to increase span with the development of the longer-range variants, will be modified with a divergent trailing edge. “Today it has very low camber, and by using some Douglas Aircraft technology from the MD-12 we get a poor man’s version of a supercritical airfoil,” says Schneider. The tweak will increase lift at the outboard wing, making span loading more elliptical and reducing induced drag.

Boeing has been conducting loads analysis on the 777 wing to “make sure we understand where all those loads will go,” he says. A related loads analysis to evaluate whether the revisions could also be incorporated into a potential retrofit kit will be completed this month. “When we figure out at which line number those two changes will come together (as they must be introduced simultaneously by necessity), we will do a single flight to ensure we don’t have any buffet issues from the change in lift distribution. That’s our certification plan,” Schneider says.

A third change to the wing will focus on reducing the base drag of the leading-edge slat by introducing a version with a sharper trailing edge. “The trailing-edge step has a bit of drag associated with it, so we will be making it sharper and smoothing the profile,” he explains. The revised part will be made thinner and introduced around mid-2016. Further drag reductions will be made by extending the seals around the inboard end of the elevator to reduce leakage and by making the passenger windows thicker to ensure they are fully flush with the fuselage surface. The latter change will be introduced in early 2016.

In another change adopted from the 787, Boeing also plans to alter the 777 elevator trim bias. The software-controlled change will move the elevator trailing edge position in cruise by up to 2 deg., inducing increased inverse camber. This will increase the download, reducing the overall trim drag and improving long-range cruise efficiency. “We did that with the 787-9, and the 777 has basically the same horizontal tail airfoil as the 787, so we said it should work just as well on the 777 as on the 787. The good news is we already knew how to implement it, so we are reusing the technology. That’s exactly the thing we want to do when we’ve spent a lot of money already developing it once,” Schneider says.

The package of changes means that range will be increased by 100 nm or, alternatively, an additional 5,000 lb. of payload can be carried. Some of this extra capacity could be utilized by changes in the cabin that will free up space for another 14 seats. These will include a revised seat track arrangement in the aft of the cabin to enable additional seats where the fuselage tapers. Some of the extra seating, which will increase overall seat count by 3%, could feature the option of arm rests integrated into the cabin wall. Schneider says the added seats, on top of the baseline 2% fuel-burn improvement, will improve total operating efficiency by 5% on a block fuel per-seat basis.

Other cabin change options will include repackaged Jamco-developed lavatory units that provide the same internal space as today’s units but are 8 in. narrower externally. The redesign includes the option of a foldable wall between two modules, providing access for a disabled passenger and an assistant. Boeing is also developing noise-damping modifications to reduce cabin sound by up to 2.5 db, full cabin-length LED lighting and a 787-style entryway around Door 2. The aircraft maker is also preparing to offer a factory-fitted option for electrically controlled window shades, similar to the 777 system developed as an aftermarket modification by British Airways. 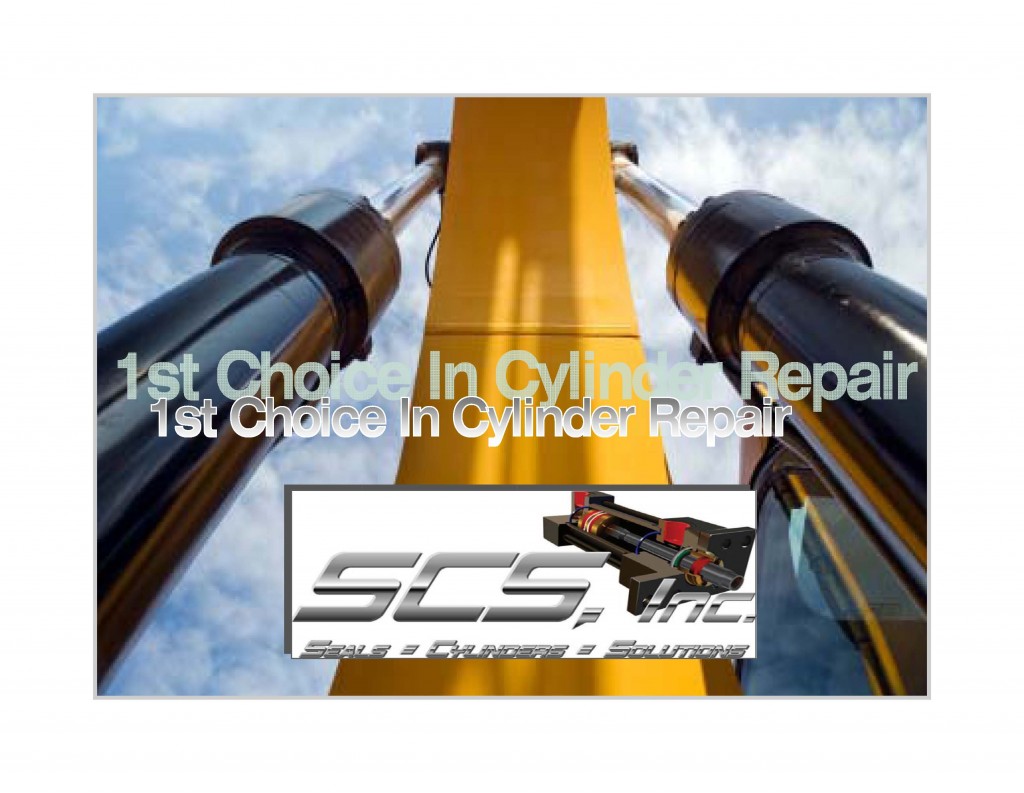