The smaller you make a car, the more of them you can fit onto a trailer for transport. And crushing cars is what Al-Jon Manufacturing’s Impact V is all about — thanks to hydraulics.
May 5, 2014 Alan Hitchcox | Hydraulics & Pneumatics

What this car crusher sacrifices in its final product’s denseness is more than made up for by its efficiency.

The cars we drive are mostly air, and scrap dealers are paid by the pound, not by volume. So squeezing the air out of cars means they can fit more of them onto a trailer. Cramming more cars onto a trailer reduces transportation charges, adding to the dealer’s profits.

Squeezing the air out of a car, or course, means crushing it. Car crushers come in a variety of configurations. Some crush cars in sections to make ultra-dense bales. But crushing a car in several “bites” takes time. Other machines crush cars from several directions to produce dense “logs.” And even though they may not turn out cars as dense and compact as other crushers, platform crushers work quickly, and can even crush more than one car at a time.

Two-for-one deal — Platform car crushers may not process cars into scrap as high-density as other methods, but their cycle time is much faster. And by placing two cars into the machine’s crushing chamber at once, operators can double the productivity of these recycling monsters.

One such platform crusher is the Impact V, from Al-Jon Mfg. LLC, Ottumwa, Iowa. Al-Jon is a family owned and operated manufacturer founded more than 50 years ago. In addition to car crushers, which the company first introduced in 1964, Al-Jon also designs and builds landfill compactors and balers — all of which rely heavily on hydraulics. The Impact V comes mounted to a standard semi trailer, enabling it to be easily transported to different locations or moved around a scrap yard. It can be operated by a single person either manually or by radio remote control. The machine’s crushing chamber is 20-ft long, 84-in. wide, and 90-in. high with the lid fully raised. When fully lowered, the lid moves to within 9-in. of the lower bed. 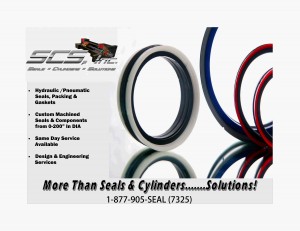 The Impact V is essentially a four-post hydraulic press. The crushing lid (upper platen) is controlled by two 8-in. bore, 81-in. stroke hydraulic cylinders with 5-in. diameter piston rods. Self-aligning ball bushings are provided at both the rod and cap end of both cylinders. Al-Jon officials call this four-post arrangement their Quad Post System.

“The key to the Quad Post System is the equal distribution of the crushing force to the four corners of the crushing lid,” explained Norman Wellings, engineering manager. “The crushing lid is connected to the four sliding guides by heavy-duty pivot lugs mounted on each corner. The stress is distributed equally across the guide posts, sliding guides, and pivot lugs, giving the Impact V greater stability and durability.”

Wellings pointed out that another advantage of the Impact V is quick setup, which he attributes to Al-Jon’s Cylinder Locking System. An operator raises the cylinder cases, locks them into position with a simple keyway design, and the machine is ready to work. Wellings continued: “This unique design has reduced total set-up time to less than one minute and also gives the cylinders on the Impact V more power by pushing down to crush the material.” By pushing down, Wellings refers to the fact that crushing force is applied during cylinder extension, which uses the full area of the cylinders’ pistons. Some designs of machines crush on the cylinders’ return stroke, so hydraulic pressure is only applied to the annular area of the piston — not the full area. Furthermore, 5-in. piston rods within the 8-in. bore cylinders reduce the fluid volume needed to retract the cylinders, which reduces cycle times.

Al-Jon’s Impact V car crusher is powered by a diesel engine capable of producing 100 hp at 2,500 rpm. The engine drives a pair of 39-gpm gear pumps fed by a 120-gal reservoir. 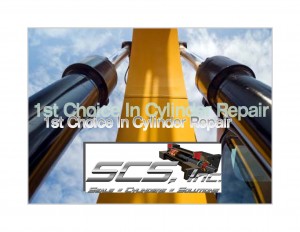 The Impact V is driven by either a John Deere or Cummins diesel engine rated 100 hp at 2,500 rpm. The engine powers a pair of tandem-mounted gear pumps that generate combined flow of 78 gpm at pressure to 3,000 psi. The hydraulic power unit has a reservoir capacity of 120 gal with 100% fluid filtration to 10 µm.