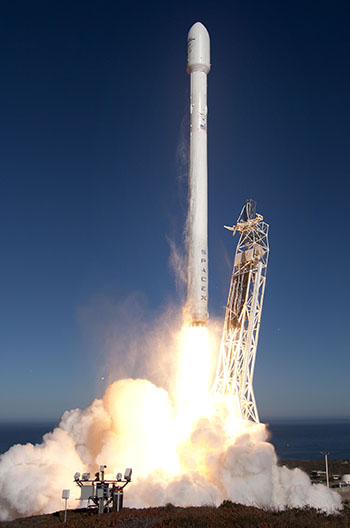 Check it out on SCD! http://spacecoastdaily.com/2015/04/video-special-inside-ksc-highlights-upcoming-launch/VIDEO SPECIAL: Inside KSC Highlights Upcoming Launch

ABOVE VIDEO: In this episode of Inside KSC, the launch of the CRS-6 mission to carry cargo to the International Space Station is coming up and the crawler-transporter receives heavy duty modifications for the weight of the SLS.

NASA’s crawler-transporters, two of the largest vehicles ever built, have carried NASA rockets and spacecraft to the launch pad for the last 50 years. They will continue their legacy as the “workhorses” of the nation’s space program as part of the agency’s journey to Mars.

The crawlers are being modified to carry NASA’s Space Launch System (SLS) with the Orion spacecraft atop it and potential commercial vehicles to their pads to begin space exploration missions. 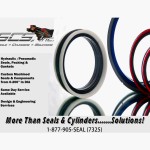 To celebrate its 50th year of supporting NASA missions, the upgraded and modified crawler-transporter 2, known as CT-2, rolled out of the Vehicle Assembly Building (VAB) on Feb. 18 and began the 4.2-mile trek to Launch Pad 39B at NASA’s Kennedy Space Center in Florida.

NASA, members of the media and guests paid tribute during a viewing and tour of the crawler at the pad Feb. 23.

But there’s no time for these giant machines to rest on their laurels.

The Ground Systems Development and Operations Program (GSDO) at Kennedy has been busy beefing up crawler-transporter 2 to be ready to support SLS and Orion.

CT-1 will be available to carry a variety of other launch vehicles.

Using these vehicles, NASA will send astronauts farther than ever before, first to an asteroid, and onward to Mars.

The modifications will enable the crawlers to continue supporting human spaceflight for another 20 years.

The crawlers were initially manufactured by the Marion Shovel Company in Marion, Ohio. Weighing in at more than 6 million pounds each, the larger parts that could be assembled and fit on a truck were shipped to Kennedy in 1964 where final assembly took place.

Each crawler is 131 feet long and 114 feet wide, with four pickup points spaced 90 feet apart on the upper deck that fit into four interface locations on the mobile launcher.

“It’s important to maintain an equal amount of weight distributed on each of the crawler’s trucks,” said John Giles, crawler project deputy manager.

“Through tests and calculations, the center of gravity is determined for the mobile launcher. The interface locations can be different according to the weight and location of the space vehicle on top.”

The jacking, equalizing and leveling (JEL) system, among other systems, are monitored and controlled from inside the crawler’s control room.

The JEL system keeps the upper deck and pick up points level at all times, even when traveling up steep inclines to the top of the pads, to prevent its rocket payload from toppling.

The crawlers’ other unique features are the giant tracks, or treads, that propel the vehicles along.

The original shoes were provided by Marion and were replaced in 2004 with new shoes manufactured by ME Global Manufacturing in Duluth, Minnesota.

In 1985 a laser docking system was added to the crawlers, allowing them to dock within 0.50 to 0.25 inches of the fixed “dead zero” position at the launch pad and in the VAB. The first use of a crawler was in August 1967, when the first Saturn V rocket for Apollo 4, an uncrewed mission, was transported to Launch Pad 39A.

NASA’s GSDO Program has made steady progress on the crawlers’ refurbishment since the last space shuttle rolled to the pad in June 2011.

In November 2011, CT-2 moved the SLS mobile launcher from the park site beside the VAB to Launch Pad 39B during a rollout test. 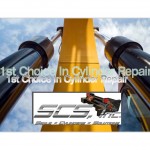 “The crawlers are ready to support NASA’s SLS program and commercial missions for the next half century,” Giles said.

“This continued support would not be possible without the managers, engineers and technicians that maintain these highly unique and specialized pieces of equipment.” Work continued over the next two years to modify and upgrade the crawler to extend the life of its operating systems, including the installation of 88 new traction roller bearing assemblies, a modified lubrication delivery system and a new temperature monitoring system.

In January 2014, CT-2 passed the first phase of an important milestone by completing a test of the new traction roller bearings on two of the massive vehicle’s truck sections, A and C, followed by upgrades and testing on truck sections, B and D.

The JEL cylinders, electronics, cables and hydraulic components are being upgraded to increase load-carrying capacity.

CT-1 is being strengthened to handle commercially operated rockets and spacecraft.